Lovern was raised by her parents on the island of Trinidad & Tobago in the town of Laventille. She lived there for 15 years and is the 3rd of 5 children.

After migrating to the United States in 1993, she lived with her grand-parents, completed high school and originally attended Suffolk University, Boston to study Marketing while working at a commercial leasing finance company. After her first year at Suffolk, she met her former husband of 9 years and shortly thereafter became pregnant with their daughter.

Following their daughter’s birth in 2001, she decided to switch gears and attended The New England Institute of Art in Brookline where she graduated with a degree in Television/Broadcasting in 2004. Her first job in the News Industry was as a Traffic Assistant at WFXT Fox 25 where she was responsible for placing the day’s local commercials in between programming. During her tenure, she was promoted twice within her department where she last held the title of Senior National Traffic Coordinator and also enjoyed freelancing in the station’s newsroom on her free time as a Field Reporter. After being with the station for 4 years, the industry suffered some losses due to the economic climate, so Lovern sought to re-invent her career and re-joined the commercial leasing finance company where she currently is a Business Development Executive.

She took part in her first two beauty pageants in 2010 winning both titles that Easter as Mrs. Ethnic New England 2010, Boston and September later that year as Mrs. Ethnic World International 2011 in Los Angeles, California. She had no idea what a rewarding experience it would have turned into!

Going through divorce after 9 years of marriage to her 1st husband in 2010 definitely served as a set back at one point but she chose to turn it into a positive by showing others that you can pick yourself up after such a life changing event and focus on how blessed you are outside of certain circumstances. After securing the win of the 2nd pageant title, Lovern worked tirelessly to promote Awareness Against Domestic Violence as her platform. She is a survivor of abuse from a relationship prior to her first marriage and was also a child witness to it since her mother was abused at the hands of her father throughout that marriage. She and her mother were unaware at the time of the tremendous resources available to victims and survivors that help save lives daily and is the reason why she seeks to spread awareness on a daily basis now.

Through the formation of the non-profit, Love Life Now Foundation, Inc., (501c3 that hosts various ‘Initiatives/Events’ throughout the year to raise money that in turn benefits Domestic Violence Shelters in the New England area and also heightens awareness on the epidemic), Lovern has had the opportunity to help shelters such as Elizabeth Stone House in Jamaica Plain and Penelope’s Place in Brockton. The Foundation’s current ‘Initiatives’ are as follows:

Love Life Now always provides literary resources at all of their events for attendees to take away and hopefully keep the discussion going amongst their peers on the awareness front.

Through the following mediums she has successfully spread the word on these initiatives:

The buck does not stop there as she continues to speak to anyone that will listen by sharing her personal story on how she escaped. For more information on the above mentioned Initiatives, how you can be part of the solution or to contact Lovern, please call (617) 803 – 8357 or visit: www.lovelifenow.org 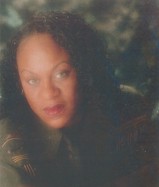 Rondae Drafts is the Honorary Chairman of the Board. A Pittsburgh, Pennsylvania native, Rondae
graduated from The Pennsylvania State University with a Bachelor of Arts Degree in Speech
Communication. She later went on to receive a Masters Degree in Education from Cambridge College.
The Founder and former Executive Director of PROJECT CONCERN, Rondae brings over 25 years of
experience to her position.

For the past eleven years, Rondae has served as an Adjunct Professor for various Universities
throughout New England. She is currently a Ph.D. candidate at Walden University. Her research
interests include urban education and social change.