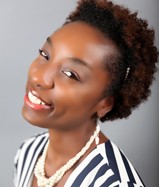 overn J. Gordon is the Founder and President of Love Life Now Foundation, Inc. (LLN) which promotes year-round awareness against domestic violence and bridges the gap between shelters and the communities they serve. LLN hosts various initiatives throughout the year which connects shelter representatives with the community and engages communities to learn more on how they can be part of the solution in ending the epidemic.

Lovern started out with Domestic Violence Awareness as her platform after winning 2 back to back beauty pageants in 2010. The following year she wanted to continue the work she started to further year-round awareness, which is when the 501c3 (LLN) was formed, and volunteered at Penelope’s Place Domestic Violence Shelter, where she went on to receive her Domestic Violence Advocate Training Certification through Health Imperatives, Inc.

Since then, she has spanned awareness in multiple cities by hosting events year round…events that have in turn raised thousands of dollars that have benefited shelters in various cities of Massachusetts, who do the real work of aiding victims and survivors daily. Too often folks find out about a shelter when they end up at a police station (fleeing from an abuser) or a hospital with injuries…she hopes to help change that, since she believes prevention and awareness are key in helping to eradicate this issue. She also shares her personal story with abuse (as a 15 year child witness to it and adult survivor of abuse after a 2 year abusive relationship) to anyone that will listen. Her compelling story has touched many who suffer in silence, many who know someone looking to flee but does not know how, and compelled others to want to know more on how they can help.

Believing the more we all talk about this issue publicly, the better a victim’s chance is of seeking help, she conducts educational workshops at high schools and college campuses. She has also appeared on numerous television shows on the issue such as Huffington Post Live, SecurityBrief TV, NBC’s Urban Update, CBS’ Latino based program – Centro, ABC‘s Cityline, Brookline Interactive TV, and BNN’s Looking Fabz Show.  Radio programs such as Sirius XM’s Jenny Hutt Live, WBUR’s 90.9 fm, Touch 106.1fm, Big City’s 101.3fm, Vibes 105.3fm, DatzHitsRadio’s 99.7fm and the Christian based station – Word it Up Broadcast have invited her to share her story and the work she does with LLN to the masses.